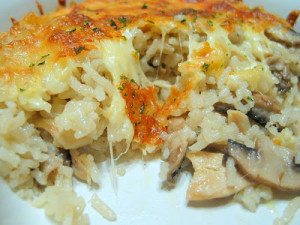 1 teaspoon salt (adjust according to taste)

2. In a large skillet, heat oil over medium heat. Drop in floured chicken, and fry until chicken in browned and fully cooked. Drain on paper towels.

Grease a 12 x 15 ” pan. In a medium-sized pot, combine sugar, brown sugar, corn syrup, evaporated milk, whipping cream and butter. Monitor the heat of mixture with a candy thermometer while stirring on medium heat. When the thermometer reaches 250 degrees Fahrenheit remove from heat. Stir in vanilla and nuts if you want. Transfer mixture quickly to greased pan and let cool completely. Cut and wrap in wax paper.

Notes: Make thicker caramels by using a smaller pan. Consequently it will take longer to cool, though. It takes quite a while to get to 250, so about when your arm gets tired from stirring, turn the heat up to medium-high. What this does is gets it to the desired temperature quicker AND when the caramels are dry it adds a special effect on the way they turn out. It’s hard to describe!

These are my tweaked version of the Golden Corral Copycat Rolls (which still aren’t as good as real Golden Corral’s).

You can use a kitchen aid mixer, as I have done many times in the past, but the best results are with hand made, because then you can really feel your dough and see if it really needs that extra 1/2 cup flour.

Also, you can use water instead of milk, or even fake milk, and margarine instead of butter, but it does not taste the same!

In a large bowl, stir the yeast into the very warm water. Take your 1/3 c. sugar and spill some in with your yeast, about a TBSP. Stir yeast mixture. Set aside.

Take your hot milk and put it in a medium bowl.  (I use the 8 c. measuring cup for a doubled recipe, or the 4 c. measuring cup for a single batch, and it leaves plenty of room.) Stir in the rest of your sugar, and your salt, and butter. Stir until butter melts. If your milk isn’t hot enough, scoop the butter out and melt it in the microwave. Cool the milk mixture to where you can stick your finger in for awhile and not have it uncomfortably warm. In a small bowl, beat your egg. Add it to the milk mixture. (If the milk mixture isn’t quite cool enough, the egg will cool it down enough so it won’t kill your yeast.)

Add the milk mixture to the yeast mixture and stir. Beat 3 cups of sifted flour in, one cup at a time. Add another cup and start kneading in your bowl. You may or may not need the last 1/2 c. flour. After kneading the dough until soft, not sticky, put into a large, greased bowl. Turn over once to get both sides greased. Cover and set to rise until double, about 1 1/4 – 1 1/2 hours. (Be sure to not let them over rise, unless you have punched them first! I once ‘ruined’ a batch this way.. leaving them for a few hours. They just weren’t as light and fluffy as they should have been. )

Punch dough and knead a few times till all smooth again. Divide dough in half. Take each half and cut them in half. Take the quarters and cut each of them into three pieces. Now if you did this correctly, you should have twelve chunks of dough, roughly all the same size. Shape these into rolls and place in a greased 9×13″ pan. (I use 10-11×14-15″ pan. If I am doubling, sometimes I just use a jelly roll pan). Cover and let rise until doubled, 30-40 minutes.

Bake at 375 degrees for 18-20 minutes. If you want, butter the tops. (I wouldn’t recommend buttering it before cooking, because you might squash them.) Enjoy!

Add extra sugar for doughnut dough. Cut into circles with the middles cut out, or whatever shape you want them in. Let rise 30-40 minutes, then gently slip into hot oil, and deep fry until both sides are golden.

This is Mom’s favorite recipe for carrot cake.

Cream together cream cheese and butter until creamy. Gradually stir in the powdered sugar.

Suppose I said, “There’s a great-looking girl down the street. Let’s go look through her window and watch her undress, then pose for us naked, from the waist up. Then this girl and her boyfriend will get in a car and have sex–let’s listen and watch the windows steam up!”

You’d be shocked. You’d think, What a pervert!

But suppose instead I said, “Hey, come on over. Let’s watch Titanic.”

Christians recommend this movie, church youth groups view it together, and many have shown it in their homes. yet the movie contains precisely the scenes I described.

So, as our young men lust after the girl on the screen, our young women are trained in how to get a man’s attention.

How does something shocking and shameful somehow become acceptable because we watch it through a television instead of a window?

In terms of the lasting effects on our minds and morals, what’s the difference?

Yet many think, Titanic? Wonderful! It wasn’t even rated R!

Every day Christians across the country, including many church leaders, watch people undress through the window of television. We peek on people committing fornication and adultery, which our God calls an abomination.

This is an excerpt from Randy Alcorn’s little book, The Purity Principle. I highly recommend it for husbands, wives, sons and daughters. I would suggest reading it before passing it onto your teenagers.

No TV, please. No Thank You.

What Would You Watch?

Ah, Pi Day! If you are a homeschooler, or just a brainiac, you will have a special appreciation for this day. For those of you, who really don’t care to even know what Pi Day is, listen up! Even you might have an interest after reading this!

I hope these visuals will give you a better idea of Pi.

You are probably asking yourself, “what does this have to do with me? I am done with school, my brain is full, and I really don’t care.” Well, this is where it gets really good: Enthusiasts all over the world have adopted Pi Day to be March 14th (3.14) the day to enjoy…. you guessed it… Pie!

There are many dinner type pies you could try: pot pie, pizza pie, impossible pie are a few ideas. For dessert, indulge yourself in math and enjoy apple, berry, chocolate, pumpkin, coconut, or any hundreds of pies you could bake up, or purchase. (Surely there must be something about calories not counting when you are doing something in the name of education, right?)

See how this works? Mom teaches the kids, the kids and mom get some math and home economics in (baking) and dad and the whole family gets to enjoy the fruits of their education together!

You might also enjoy reading, Sir Cumference and the Dragon of Pi (A Math Adventure)

for further fun and education. 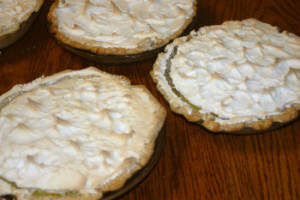 A Few Reasons To Home Educate

You Will Never Look At Meat The Same Again